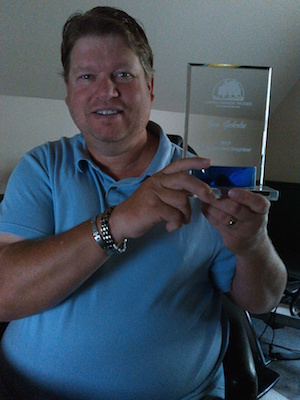 A few weeks ago, at the 20th Anniversary Damon Woods picnic, Jim Gerhke was awarded the 2015 Damon Woods Distinguished Neighbor Award. Jim was nominated by fellow neighbors and was chosen as the 2015 winner by the Damon Woods Neighborhood Association Board. Jim is a past president of the LDWNA and has been very active at various events in the neighborhood when he’s not on the golf course! If you’ve ever attended at TGIF Party or neighborhood event, you’ve probably chatted with him. Congratulations Jim!

This entry was posted in General News and tagged distinguished neighbor. Bookmark the permalink.